Dr Sagoo, one of the leading cosmetic doctors in the UK, is proud to be the first and only doctor in the UK to offer the latest laser in the world, which may improve symptoms of vitiligo, psoriasis, alopecia areata, resistant dermatitis, acne and other inflammatory skin conditions that do not respond to conventional treatments.

We introduce to you the ExSys Excimer laser. Having undergone speciality training in Germany with leading world-renowned experts in vitiligo, Dr Sagoo can now exclusively offer the excimer laser to patients at the Solihull Medical Cosmetic Clinic, the No 1 clinic in the Midlands.

The ExSys Excimer Laser 308 nm offers a revolutionary new treatment that may improve the skin of patients suffering from vitiligo, eczema and psoriasis. This laser uses a carefully focused beam of light delivered through a sophisticated fibre optic device. The Excimer system allows the practitioner to use high doses of UVB light necessary for the treatment of the eczematous patches, whilst minimizing the risk of exposure to healthy skin. For patients with resistant eczema, this new laser allows for quick, painless therapy that is effective for many patients. Patients can often obtain relief in just four to eight brief sessions, compared to 25 to 30 treatments with conventional phototherapy. Remissions are expected to last up to a few months for many patients. Because each patient is an individual, results may vary from person to person. 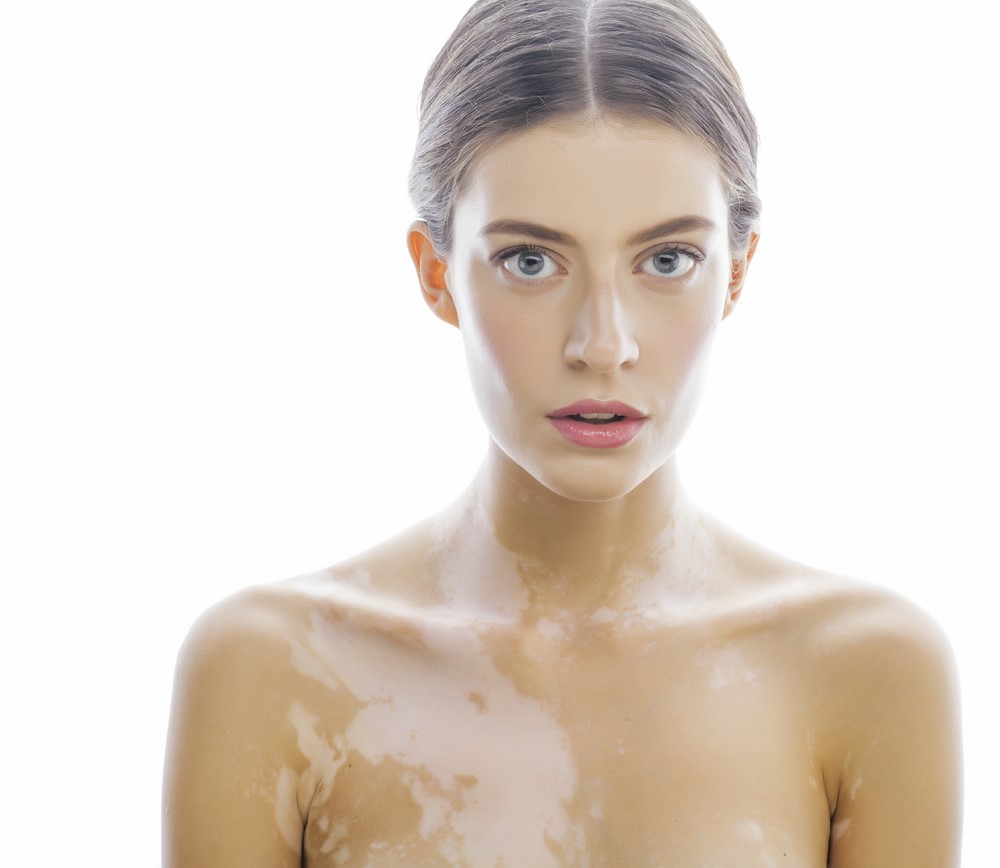 Vitiligo is a skin disorder that is characterized by depigmented spots that can be distinguished from their surroundings. It can affect any age and any sex. It usually has a slowly progressive course, but sometimes it may have a rapidly progressive course. It can affect any part of the skin and sometimes it spreads to involve the skin of the whole body.

Vitiligo, an acquired pigmentary disorder of unknown origin, is the most frequent cause of depigmentation worldwide, with an estimated prevalence of 1% around the world and in the UK. The disorder can be psychologically devastating and stigmatising, especially in dark-skinned individuals.

Vitiligo is characterized by white, depigmented areas of the skin ranging from 5 millimetres to 5 centimetres in diameter, or more. The degree of pigment loss can vary within each vitiligo patch. There may be different shades of pigment in a patch, or a border of darker skin may circle an area of light skin. These patches may be either symmetrical on the body, or localized to one region, and may affect the hands, fingers, face, scalp, body folds, underarms, genitalia, and orifices such as the eyes, mouth, navel, and anus.

The condition varies from person to person. Some people only get a few small, white patches, but others get bigger white patches that join up across large areas of their skin.

There is no way of predicting how much skin will be affected. The white patches are usually permanent.

The onset of vitiligo may be attributed to physical trauma, illness, or emotional stress. Patients with vitiligo often report that the death of a relative, a severe accident, or even a harsh sunburn had occurred directly preceding the appearance of their vitiligo. More recently, data suggest a genetic link to certain types of vitiligo. This may be especially true if there are other family members affected with vitiligo and/or autoimmune diseases in the family.

The course and severity of pigment loss differ with each person. Fair-skinned people may only notice the contrast between paler areas of vitiligo and suntanned skin during the summer. Year-round, vitiligo is generally more obvious on people with darker skin. Individuals with severe cases can lose pigment all over the body. There is no way to predict how much pigment an individual will lose.

What are the causes of vitiligo?

There are many theories that had been hypothesized to explain the causes of vitiligo, but we still don’t know the exact cause of this disorder. Some of the possibilities include:

There are two main types of vitiligo:

In rare cases, it’s possible for vitiligo to affect your whole body. This is known as universal or complete vitiligo.

In non-segmental vitiligo (also called bilateral or generalised vitiligo), the symptoms of vitiligo often appear on both sides of your body as symmetrical white patches. Symmetrical patches can appear on the:

Non-segmental vitiligo is the most common type of vitiligo, affecting up to 9 out of 10 people with the condition.

The white patches may sometimes only affect one area of your body. This is known as segmental, unilateral or localised vitiligo.

Segmental vitiligo is less common than non-segmental vitiligo, although it’s more common in children. Segmental vitiligo usually starts earlier and affects 3 in 10 children. Vitiligo can occur in the occasion with diseases as autoimmune disease, thyroid diseases, anaemia, diabetes mellitus, constitutional muscular anomalies, and alopecia. Family history is found in up to 38% of cases which denotes a hereditary susceptibility.

Treatment for vitiligo is aimed at improving your skin’s appearance by restoring its colour. However, the effects of treatment are not usually permanent, and it cannot always control the spread of the condition.

Protection from the sun

Sunburn is a real risk if you have vitiligo. You must protect your skin from the sun and avoid sunbeds. When skin is exposed to sunlight, it normally produces a pigment called melanin to help protect it from ultraviolet light. If you have vitiligo, there is not enough melanin in your skin, so it is not protected.

Always apply a high-factor sunscreen, ideally with a sun protection factor (SPF) of 30 or above, to protect your skin from sunburn and long-term damage. This is particularly important if you have fair skin.

Protecting your skin from the sun will also mean that you don’t tan as much. This will make your vitiligo less noticeable.

If your skin is not exposed to the sun, there is an increased risk of vitamin D deficiency. Vitamin D analogues – such as calcipotriol, Vitamin D is essential for keeping bones and teeth healthy. Sunlight is the main source of vitamin D, although it’s also found in some foods, such as oily fish.

Skin camouflage involves applying coloured creams to the white patches on your skin. These creams are specially made to match your natural skin colour. The cream may help to blend in the white patches with the rest of your skin, making them less noticeable.

You need to be trained in using the camouflage creams, but the service is free (although donations are welcome) and some creams are prescribed on the NHS.

Camouflage creams are waterproof and can be applied anywhere on the body. They last up to four days on the body and 12-18 hours on the face. You can also get skin camouflage cream that contains sunblock or has an SPF rating.

The ExSys Excimer laser has been shown in scientific research to cause significant improvements in the treatment of vitiligo patches for many patients. This laser emits light energy at a certain wavelength (308nm), which stimulates the pigment-producing cells in the depigmented area of the skin. Therefore over a course of sessions, which only take minutes to carry out, repigmentation may be achieved, and can in some cases reach nearly 100%.

Corticosteroids are a type of medicine that contains steroids. Topical means that the medicine is applied to the skin, such as a cream or ointment.

Topical corticosteroids are sometimes used for the treatment of vitiligo. They will not completely reverse the condition, but they can sometimes stop the spread of the patches, and may restore some of your original skin colours.

You may be prescribed a cream or an ointment, depending on what you prefer and where it will be used. Ointments tend to be greasier. Creams are better in your joints – for example, inside your elbows. After one month, if your vitiligo is not improving or the treatment is causing side effects, you may need to stop using corticosteroids.

Side effects of topical corticosteroids include:

Phototherapy (treatment with light) may be used for children or adults if:

Evidence suggests that phototherapy, particularly when combined with other treatments, has a positive effect on vitiligo for many patients. However, phototherapy may increase the risk of skin cancer because of the extra exposure to UVA rays.

Although you may be able to buy special sunlamps to use at home for light therapy, these are not recommended. They are not as effective as the phototherapy you will receive in hospital. The lamps are also not regulated, so may not be safe.

A skin graft is a surgical procedure that involves removing healthy skin from an unaffected area of the body and using it to cover an area where the skin has been damaged or lost. To treat vitiligo, a skin graft can be used to cover the white patch. This type of treatment is time-consuming and is not widely available in the UK.

Other possible treatments include:

Some complementary therapies claim to relieve or prevent vitiligo. However, there is no evidence to support their effectiveness, so more research is needed before they can be recommended. 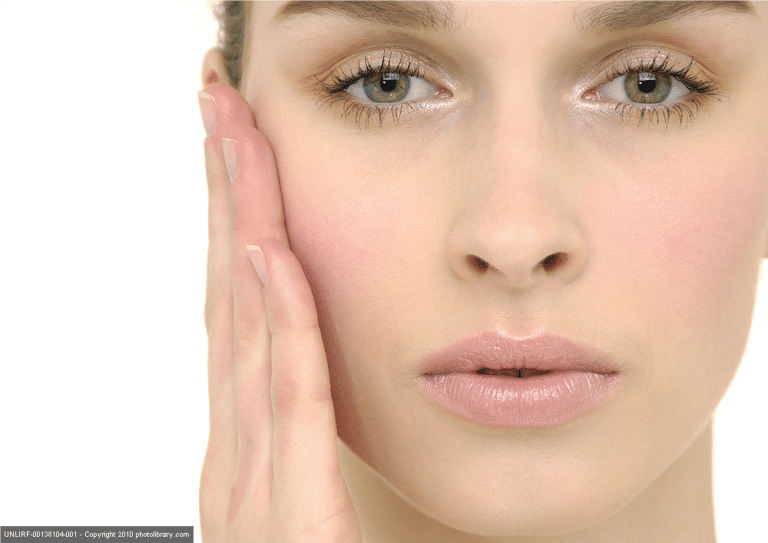